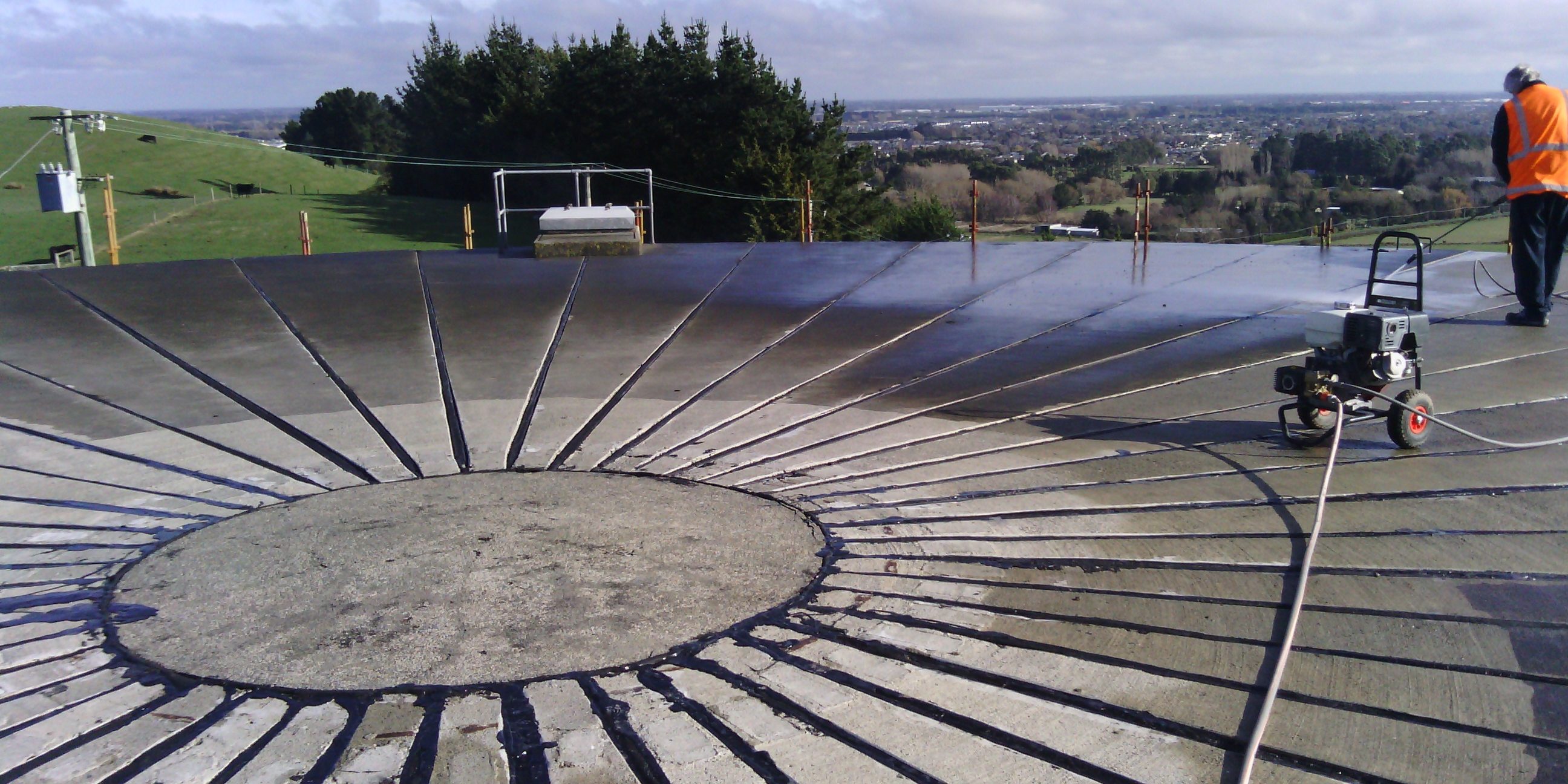 Water is pumped around the Christchurch city fringe and stored in water tanks for supply to the outer suburbs.  Because Christchurch City water is not chlorinate, dall contaminants must be kept out of the water storage tanks. The tank roof no longer provided a complete seal and could allow contaminants to enter the reservoir tank.

The segmented concrete tank roof joints were not repairable.  City Care requested a monolithic seamless membrane be installed to keep out contaminants.

The 44 roof joints were addressed and a polyurea spray lining applied over the concrete roof followed by a decorative top coat.

This project was undertaken and completed by NZ Spraylinings.